Itasca County Board approved a settlement of $528,417.13 in favor of Sheriff Deputy

MINNEAPOLIS, MN, November 03, 2018 /24-7PressRelease/ — On Monday, October 8, 2018, the Itasca County Board approved a settlement of $528,417.13 in favor of Sheriff Deputy Lt. Michael Bliss. Bliss was represented by Matthew H. Morgan and Lucas J. Kaster of Nichols Kaster, PLLP in Minneapolis.

After approving the settlement, the Board released a statement to the press claiming it approved the settlement because it “concluded that the time and energy spent on defending the matter was draining county resources that were simply better spent on improving county operations and the lives of county residents.” The facts in the complaint paint a different picture.

According to the complaint, the events began in 2014, after Sheriff Williams won his re-election bid against then deputy, Bryan Johnson.

On November 24, 2014, shortly after his re-election, Sheriff Williams disciplined Sheriff Department Records Deputy Marcie Witkofsky, who supported Johnson during election, for an alleged rude interaction over email. After receiving the reprimand, Witkofsky asked to speak with Lt. Bliss, who was one of her supervisors on the County’s Predatory Offenders Program. Bliss was unsure what Witkofsky wished to discuss, but assumed it had to do with the program. Bliss noticed that Witkofsky was upset, so he suggested the two meet in a private interview room inside the Sheriff’s Office building. The private interview rooms are equipped with audio and video monitoring equipment.

As Lt. Bliss and Witkofsky entered the room, Cass saw them enter but said nothing. She instead went to the monitoring equipment in an adjacent room and asked Records Deputy Rebecca McDonald to turn on the equipment. McDonald did as she was asked such that Cass could see Lt. Bliss and Witkofsky, but McDonald was unable to get the audio to work. As Cass watched, she saw Witkofsky show Lt. Bliss the written reprimand. Cass then called Chief Deputy Hirt into the room and they both watched the private conversation on the monitoring equipment. Cass and Hirt believed Lt. Bliss was violating an internal directive to supervisors to direct employees to discuss personnel issues with their direct supervisor. In the complaint, however, Lt. Bliss alleged that he told Witkofsky that he could not discuss the written reprimand. After monitoring the conversation, Cass and Chief Deputy Hirt shared what they observed with Sheriff Williams.

Under Minnesota law, intercepting or observing a private conversation without consent of either party is a violation of Minnesota’s Wire-tap Law. See Minn. Stat. § 626.A.02. According to the statute, no recording is necessary. Merely attempting to listen in on a private conversation, whether it is ultimately successful, is a violation of law punishable by up to five years in prison.

Cass and Chief Deputy Hirt never requested permission to monitor the conversation between Lt. Bliss and Witkofsky. Lt. Bliss learned of the potentially illegal behavior later that evening, when he received a phone call from former Sheriff, Pat Medure, who told Lt. Bliss that his conversation with Witkofsky was monitored and potentially recorded. Medure’s daughter, Cara Scott, also worked in the Sheriff’s Office and spoke with McDonald after she was asked to leave the room by Chief Deputy Hirt.

The next day, Lt. Bliss asked McDonald if Cass and Chief Deputy Hirt monitored his conversation as Medure claimed. McDonald confirmed that they had. On November 26th, 2014 Lt. Bliss filed an internal complaint with Itasca County Human Resources. Later that day, Bliss also met with Sheriff Williams and provided a copy of his internal complaint to the Sheriff.

According to lawsuit complaint, in the days that followed, Sheriff Williams did everything he could to avoid a formal internal investigation. Sheriff Williams spoke with McDonald and inquired whether there was an actual recording of the conversation between Lt. Bliss and Witkofsky. When Ms. McDonald indicated there was no recording, Sheriff Williams sent an email to Itasca County Human Resources and the County Attorney indicating he considered the matter over. Sheriff Williams then turned his sights on Lt. Bliss, writing that Bliss “blatantly disrespected [him] and [the Sheriffs] office by not following the proper chain-of-command when [he] went to sources outside this department sharing these allegations prior to notifying the chief deputy or [the Sheriff].” Sheriff Williams continued that “if the individuals involved would have followed their proper chain-of-command this entire matter could have been avoided.” According to Sheriff Williams, Bliss should have reported the illegal conduct to him instead of Human Resources, even though County policy has no such requirement.

Eventually Sheriff Williams relented and retained Lake County to conduct an internal investigation. Sheriff Williams did so, however, only after speaking with Cass and Chief Deputy Hirt, the two individuals accused of the illegal behavior.

In the meantime, in April 2015, Sheriff Williams issued a formal reprimand to Lt. Bliss for allegedly failing to show the contents of a document to a notary within the Sheriff’s Office that he asked her to notarize. Then, on May 26, 2015, Sheriff Williams placed Lt. Bliss on administrative leave. Unlike Cass, Lt. Bliss was not permitted to work during his leave. Sheriff Williams claimed that by placing Lt. Bliss on administrative leave, Bliss would “be protected against alleged retaliation and the Sheriff’s Office [would] be protected against further allegations.”

Lt. Bliss later filed a contractual grievance for the reprimand and leave, claiming they were issued in retaliation for his complaint to Human Resources. A grievance hearing was eventually held, and during the hearing, Lt. Bliss detailed why he believed Sheriff Williams and Chief Deputy Hirt were retaliating against him. Sheriff Williams and Chief Deputy Hirt both attended the hearing.

After hearing Lt. Bliss’s allegations, Sheriff Williams and Chief Deputy Hirt sent separate letters to both Lake County and Anoka County seeking to charge Lt. Bliss criminally for his testimony during the grievance hearing. Williams and Hirt claimed Bliss’s testimony intimidated them and he should be prosecuted for tampering with a witness because he attempted to influence their testimony in the Cass criminal proceedings.

Both counties, however, refused to prosecute. In the letter declining to prosecute, Anoka County noted that Sheriff Williams and Hirt should have expected Lt. Bliss’s comments during his own grievance hearing, and noted that their presence during the hearing was “much more likely to intimidate [Bliss] than vice-versa.”

In November 2015, Lake County dismissed the charges against Cass without prejudice, so they could be recharged, if necessary, to further investigate Sheriff Williams’ involvement. Lake County later recharged Cass with the same violations, but those charges were eventually dropped as well.

Within weeks of Lake County dismissing the charges against Cass, Sheriff Williams issued a notice of intent to terminate Lt. Bliss claiming Bliss committed thirteen separate conduct violations. Nearly all the alleged conduct occurred between November 24 and 26, 2014, more than one year prior, and the same dates subject to Lt. Bliss’s human resources complaint against Cass and Chief Deputy Hirt. Lt. Bliss, who was still on administrative leave, received the termination notice at his house. Sheriff Williams never called him to communicate the termination.

Bliss challenged the termination pursuant to the contractual grievance procedures, and his claim was heard by an independent, third-party arbitrator. After a three-day arbitration in June 2016, the independent arbitrator overturned Lt. Bliss’s termination, ruling that the large majority of Sheriff Williams’ allegations were unfounded. The arbitrator ruled that Bliss should be reinstated, but for a 30-day suspension, and granted Lt. Bliss his lost wages, which totaled more than $45,000, not counting the County’s legal fees.

In reinstating Lt. Bliss, the independent arbitrator found Sheriff Williams, Chief Deputy Hirt and Ms. Cass lacked candor and credibility. Regarding the events of November 2014, the arbitrator rejected their rationale for monitoring Bliss. According to the arbitrator, “the testimony of both Cass and Hirt lacks candor with regard to the purpose” of monitoring the meeting between Lt. Bliss and Witkofsky. He continued that their “motive for watching the conversation had nothing to do with Witkofsky’s welfare. It was for the purpose of demonstrating that [Bliss], a person they admittedly did not like, had engaged in conduct which they believed needed to be dealt with.”

The independent arbitrator went on, detailing that Chief Deputy Hirt “had a tendency to cast her testimony in a light she believes is most favorable to the Employer’s position.” Her arbitration testimony “was evasive and argumentative while on cross examination[,]” calling into question her truthfulness. In the end, the arbitrator determined that Hirt was not credible and that her “testimony [was] clouded by her personal dislike of [Bliss], and her attempt to testify in a manner most beneficial to the Employer’s position.”

The arbitrator’s decision is available here.The case was titled, In the Matter of Arbitration between Itasca County Employees Association, Union, v. County of Itasca, Office of the Sheriff, Employer, BMS Case 16-PA0697.

Despite the arbitrator’s award reinstating Lt. Bliss to his previous position, upon his return, his civil complaint alleges that Sheriff Williams stripped Lt. Bliss of his supervisor duties and reassigned him to a solo office at the airport. Sheriff Williams also excluded Lt. Bliss from supervisor meetings, altered Lt. Bliss’s duties, and required that Lt. Bliss receive permission from Chief Deputy Hirt before he could set foot in the Sheriff’s Office.

Due to the alleged retaliation by Sheriff Williams, Lt. Bliss filed his lawsuit in Itasca County District Court on November 29, 2016. Trial was scheduled for November 27, 2018. The case was titled, Michael Bliss v. County of Itasca, Court File No. 31-CV-16-3257.

With the settlement, Lt. Bliss receives $400,000, which included payment for the 30-day suspension. This amount is in addition to the $45,000 in lost wages Bliss received following arbitration. The remaining $128,000 of the settlement was for Lt. Bliss’s legal fees.

The firm is led by its partners, who are regularly selected by their peers as Super Lawyers and Best Lawyers, and are leaders in numerous professional organizations, such as the National Employment Lawyers Association, the ABA Federal Labor Standards Legislation Committee, the Practising Law Institute, Minnesota National Employment Lawyers Association, Public Justice, and the Council for the Minnesota State Bar Association’s Consumer Litigation Section. 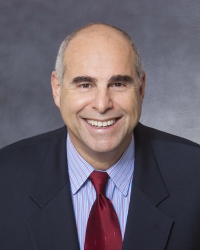 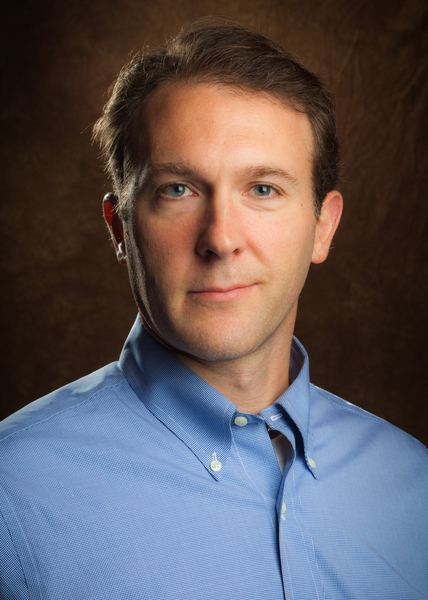 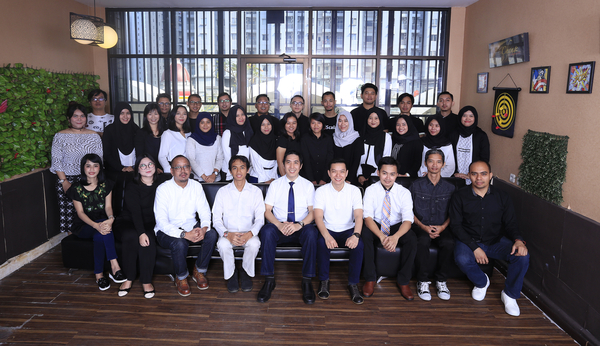