During Breast Cancer Awareness Month, any law firm employee who has not had a mammogram will receive paid time off during the work day to undergo the cancer screening, according to Partner Garry R. Salomon. The firm’s hope is that all employers adopt this idea.

“We have seen the impact of this disease, and we understand that diagnosing it early on can save lives,” Salomon said.

Annette had gone to her doctor after she found a lump in her breast. She underwent testing and was diagnosed with Triple Negative Breast Cancer, Stage 2B.

The American Cancer Society estimates that doctors will diagnose 252,710 new cases of invasive breast cancer in 2017.

In Annette’s case, due to her busy schedule, she had put off her yearly mammogram by a few months. She said that just that short amount of time made a difference in her diagnosis. If she had not waited, Annette said, her doctors would have caught her cancer at Stage 1.

The news of her breast cancer diagnosis sent shock waves to Annette and her family and reverberated to her loved ones at the law firm as well.

Even though it was a battle that she had not asked for, Annette was determined to come through victorious. She underwent surgery and began aggressive treatment through Hackensack Medical Center’s Betty Torricelli Institute for Breast Care. After many rounds of radiation, Annette went into remission, and she has been cancer-free since 2009.

Since her battle, Annette has devoted much of her time to raising awareness of this life-threatening disease. Each year, Annette and her “DIVAS” team walk in the “Making Strides” event in Bergen County, New Jersey. The event raises awareness and money for cancer research.

In addition to the #EmployersThinkPink initiative, the Davis, Saperstein & Salomon, P.C., family will join Annette’s “DIVAS” team on Sunday, October 29, at The New Overpeck Park in Ridgefield Park, New Jersey, to participate in the event. For more information, click here.

The law firm of Davis, Saperstein & Salomon, P.C., provides compassionate and skilled legal help to those injured by the negligence of others. Since 1981, the firm has secured more than $400 million in verdicts and settlements for personal injury and accident clients throughout New Jersey and New York. The firm’s main office is located in Teaneck, New Jersey. The firm also features offices in Freehold, Jersey City, Newark, Princeton, Colonia, Iselin, East Rutherford, Bridgewater, Woodcliff Lake and New York City. For more information about Davis, Saperstein & Salomon, P.C., call (800) LAW-2000 or use the firm’s online contact form. 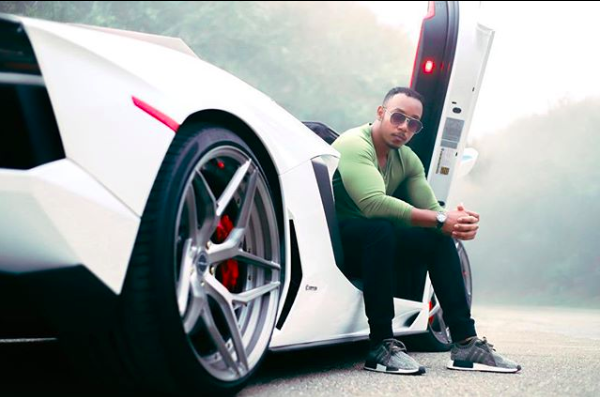 This Young Entrepreneur is Using Social Media to Inspire Millions